Founded in 1350 by king U-Thong, Ayutthaya was the capital of the Kingdom of Siam for more than 400 years. Over these four centuries, 33 kings sat on the throne.

When the city was at its peak, at the beginning of the 18th century, the city had more than a million inhabitants, making it one of the largest cities of the period. It was an important commercial port, trading in products like woods, sugar, leather, ivory and silk.

In 1767 the city was invaded by the British army, who raided the houses, destroyed the temples, and decapitated the statues of Buddha. It was at this point that the capital of Siam was forced to be moved to Thonburi.

Getting to Ayutthaya from Bangkok

If you don't want any complications, the best way of getting to Ayutthaya is by reserving an excursion from Bangkok. Our excursion includes a guide, hotel pick up, transport in a minibus and with entry to the various temples included, as well as return travel by boat and food on board.

Or, if you would prefer to visit on your own, these are your options:

If you reserve a guided tour you don't have to worry about this, but if you're visiting on your own, you should know that the city is quite large and that you'll need to take some means of transport to visit it. Near the bus station, you can rent bikes and motorbikes, or hire a tuk-tuk for 200 THB (US$ 5.50) an hour.

What to see in Ayutthaya

Ayutthaya is home to tens of ancient temples and palaces. Given that normally tourists don't have more than a few hours in the city, we'll focus on the 4 must-see temples. 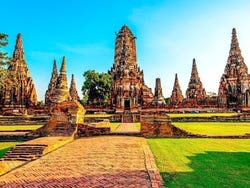 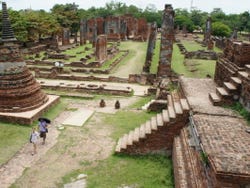 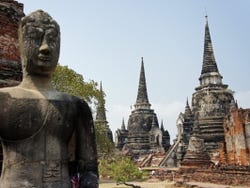 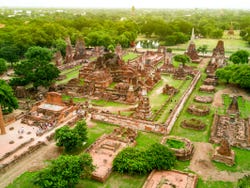 Mae Klong Railway Market Getting there 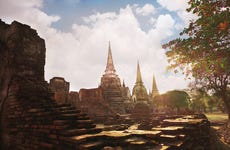 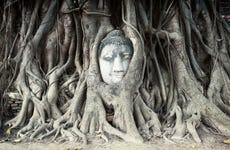 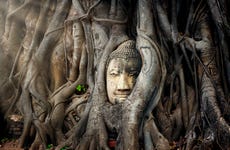