Enjoy a different kind of night, immersing yourself in the origins of one of the richest traditions in Thailand: the Muay Thai martial art. This show is the perfect combination of history and sport. 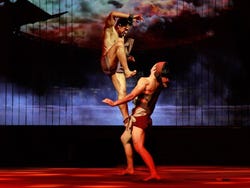 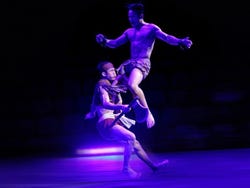 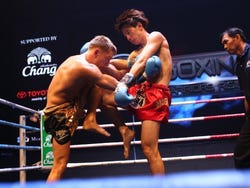 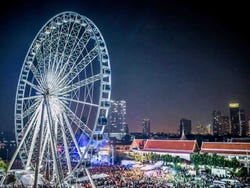 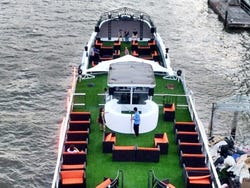 The show consists of two parts:

The first part is a 10-minute dramatic piece directed by Ekachai Uekrongtham, narrating the 300-year history of Muay Thai. This show integrates theatre, acrobatics and fights with music and incredible effects.

In the second part of the show, you'll enjoy five real fights, between some of the most important practitioners of this martial art in its ancestral home. Kicks, punches, flying elbows and knees... this time it's for real!

The Origin of Muay Thai

A form of fighting originating in Thailand which has become a symbol of the nation and history of the country. The striking technique, involving the fist, knee, shin and elbow was developed as a form of close-quarters combat in battles against rival kingdoms, muay thai became a prerequisite for any would-be king of Thailand.

Today it's practised by thousands of people all around the world, and is considered one of the most complete and spectacular martial arts.

The theatre will assign you the best available seats in the category you have selected. The sooner you reserve the better!

The Muay Thai show takes place on The Stage, a stadium for 600 people found in the Asiatique The Riverfront park. All of the seats have a good level of visibility, and the premium seats are in the first four rows. You can see the seating plan by clicking below.

When making your reservation, you can complete the experience in one of the following ways:

The restaurant, wheel and cruise are all close to the theatre.

Book as soon as possible to guarantee availability, especially during public holidays and festivities.

If there are still places available, you can book until the previous day (local time in Bangkok).

You will receive an email with your ticket attached which you must print out and show on the day of the activity.

If you still have more questions, check out our section on frequently asked questions. If you need help to book an activity or have any enquiries, please contact us.

from US$ 36.60
US$ 22.80
No hidden fees or surcharges
Free cancellation up to 24 hours before the service starts
Book

Free! Free cancellation up to 24 hours before the activity starts. If you cancel under this time or do not show up, you will not be refunded.

I travelled with my partner
10

I travelled with my partner
6

I travelled with my partner
6

I travelled with my partner
10

I travelled with my partner
Show all the reviews
like

7.20 / 10 22 reviews
Discover Bangkok's most iconic landmarks from the comfort of a tourist bus and explore the sights that most interest you: hop on and off at any of the stops!
US$ 24.40
Book
like

No rating yet
See the Thai capital from a new perspective, admiring its spectacular riverside monuments from the Bangkok Tourist Boat.
US$ 6.10
Book
like

10 / 10 7 reviews
Become an authentic Thai chef choosing your ingredients from a local market and learning to cook the typical dishes of this most famous of Asian cuisines.
US$ 28.20
Book